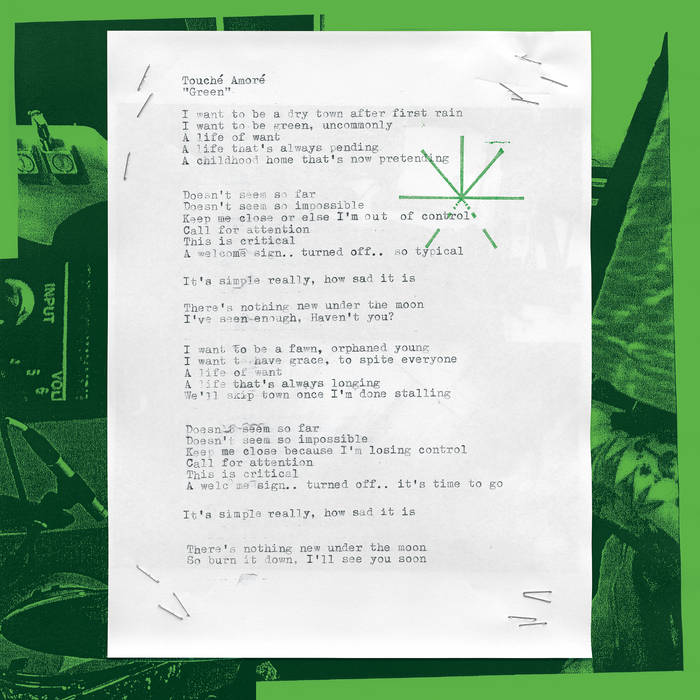 microviolence such a great track! it´s insane they decided to leave it out from the album

fatelvisdaboi this is punk music at its finest

Touche Amore is a Los Angeles, CA based punk band whose earnest and artful approach to song writing, along with relentless touring, fueled their rise to prominence in the hardcore community. In 2013, Touche Amore crossed into new territory with their beloved release "Is Survived By." Now from a band both living its dream and marred by loss comes "Stage Four. ... more

Bandcamp Daily  your guide to the world of Bandcamp